Named in honor of Zdeněk Pokorný (b. 1947), Czech astronomer who works at the Nicolas Copernicus Observatory and Planetarium, as well as at Masaryk University in Brno. He started his career with studying the giant planets, but his main work consists of education and the popularization of astronomy. He created many programs for the Brno Planetarium and is the author of the first Czech astronomical multimedia CD-ROM "ASTRO 2001". In 1991 Pokorný founded and served as the first president of the Association of Observatories and Planetaria in Czechoslovakia. Name endorsed and citation prepared by J. Tichá. 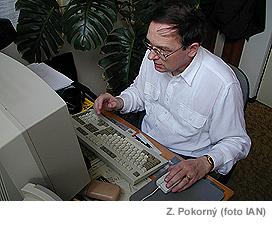