Ludvík Vaculík (b. 1926), Czech writer and journalist, was one of the most famous writers in the former Czechoslovakia in the 1970s and 1980s. He described his experiences in the book A Cup of Coffee With My Interrogator. 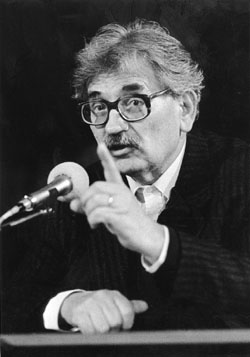