Týn nad Vltavou is situated on the banks of the river Vltava. The town dates from the tenth century. The first moldavites, natural glasses considered to be tektites formed during the impact that created the Ries crater in Bavaria, were found near this town in 1787. 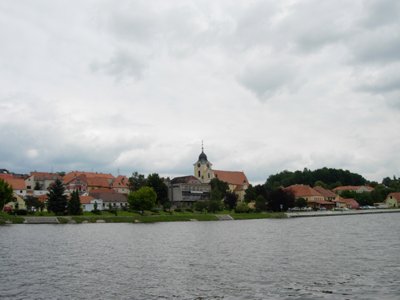