Jižní Čechy (South Bohemia) is a region of the Czech Republic known for its pleasant landscape, historical towns and castles, picturesque rivers and ponds. There the Kleť Observatory is situated. The name was suggested by J. Tichá and M. Tichý. 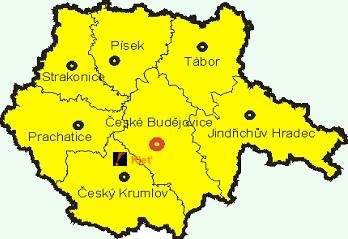