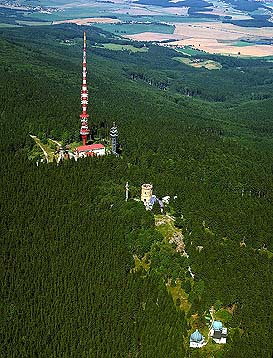 The aerial view of the Kleť mountain (you can see the TV tower, lookout tower and the Kleť Observatory).