Named in honor of Jaroslav Heyrovský (1890-1947), Czech physicist and inventor of polarography, recipient of the 1959 Nobel Prize for Chemistry. 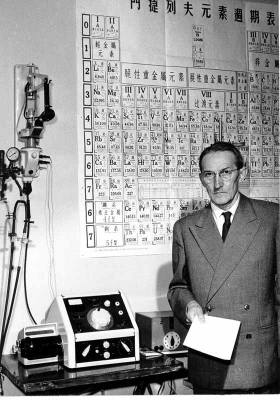