Named in memory of Frank Zappa (1940-1993), rock musician and composer of innovative contemporary symphonic, chamber and electronic music. Zappa was an eclectic, self-trained artist and composer with incredible energy and a biting wit, and his music transcends the usual music barriers. Before 1989 he was regarded as a symbol of democracy and freedom by many people in Czechoslovakia. 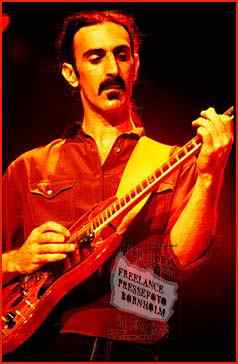