Named for a village in southern Bohemia northeast of Kleť Mountain. Near the village there are remnants of the ancient Celtic town Abilunon, founded in the first century B. C. on a strategic peninsula in the Vltava river. Name proposed by J. Tichá, M. Tichý and Z. Moravec. 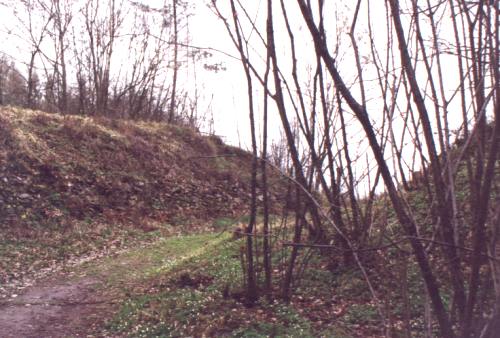 The remnants of a gate of the ancient Celtic town.
Photo: Jana Ticha