Named for a Gothic monastery and a village in southern Bohemia east of Kleť Mountain. The Cistercian monastery of the Holy Crown of Thorns was founded there by the Czech king Přemysl Otakar II in 1263. The name of Kleť for the mountain was first mentioned in the monastery's thirteenth-century documents. There is now a literature museum at the monastery. Name proposed by J. Tichá, M. Tichý and Z. Moravec. 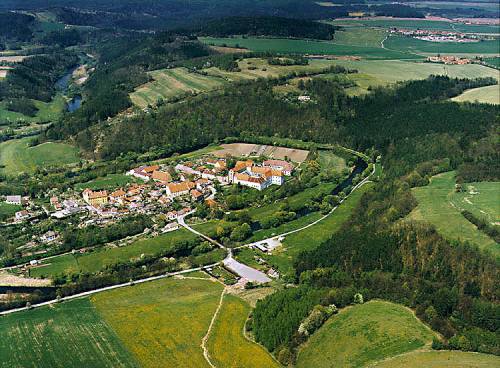