Henry David Thoreau (1817-1862) was an essayist and naturalist who took the naturalist beliefs of transcendentalism out of the realm of theory into practice and built himself a rustic cabin on the shores of Walden Pond near Concord, Massachusetts. His memoir of this experience is Walden, or Life in the Woods. 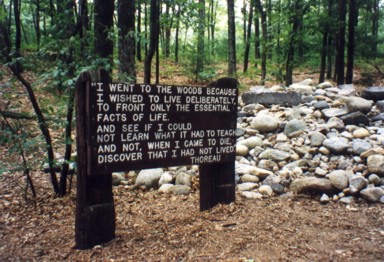