Petr Ginz (1928-1944) was a Prague-born Jewish boy interested in writing and painting and a lover of the works of Jules Verne. During 1942-1944 he edited a secret magazine Vedem in Terezín ghetto. His drawing Moon Landscape was taken by Ilan Ramon aboard the final flight of the space shuttle Columbia. 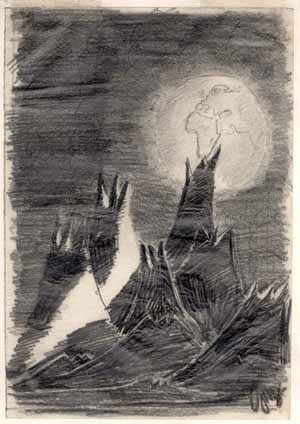