Telč, a small town on the border of southern Bohemia and Moravia, was founded in the twelfth century. The historic center of Telč has been listed on the UNESCO World Heritage roster of cultural and natural sites since 1992. The name was suggested by M. Tichý. 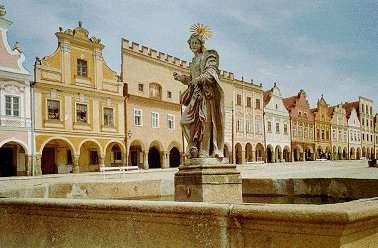