Named in honor of Vladimír Vanýsek (b. 1926), Czech astronomer, professor emeritus of astrophysics at Charles University in Prague. His works deal with physics and chemistry of comets, interstellar matter, and also with cosmology. From 1972 to 1986 he headed the Department of Astronomy and Astrophysics of Charles University, after which he moved to Bamberg for a three-year visiting professorship at the University of Erlangen-Nü rnberg. He was president of IAU Commission 15 during 1970-1973. During the latest passage of Halley's Comet he was a member of the International Halley Watch Steering Group and a discipline specialist for the Photometry and Polarimetry Network. Name proposed by the discoverer, endorsed by J. Tichá and Z. Moravec. 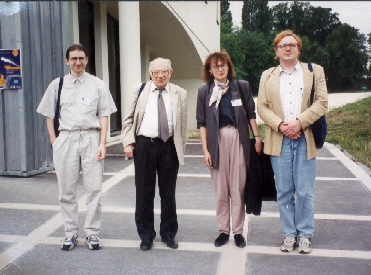