Named in memory of Vojtěch Lanna (1805-1866), well-known Czech entrepreneur. He contributed to the development of trade and business in southern end central Bohemia. Most of his activities -- shipbuilding, sailing and bridge building -- were closely connected with the Vltava river. 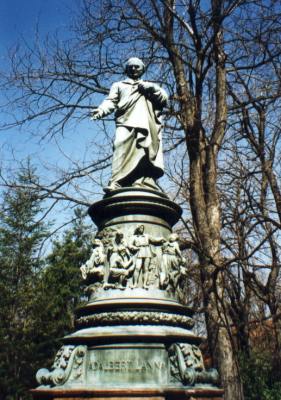 The statue of Lanna in the town of České Budějovice.
Photo: Jana Tichá