Johannes Urzidil (1896-1970), a Czech-German writer, poet and journalist, was a friend of M. Brod, F. Kafka and F. Werfel. In 1939 he emigrated to the U.S. His work shows the fate of people living and working in Šumava (Boehmerwald) forests. His short story Der Trauermantel describes the early years of Adalbert Stifter. 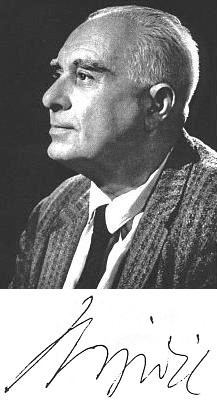