Kuklov is a small village in southern Bohemia northwest of Klet Mountain. There are impressive remnants of a Gothic church and monastery from the first half of the sixteenth century and the remnants of the castle from the fourteenth century. The name was suggested by J. Tichá. 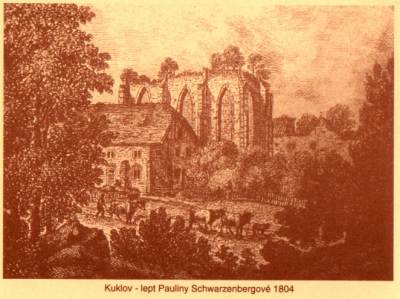