Sciurus vulgaris and Sciurus carolinensis are squirrels, animals that live mainly in the tops of trees in parks and forests around many observatories, including Kleť and the České Budějovice Observatory. The name was suggested by J. Tichá. 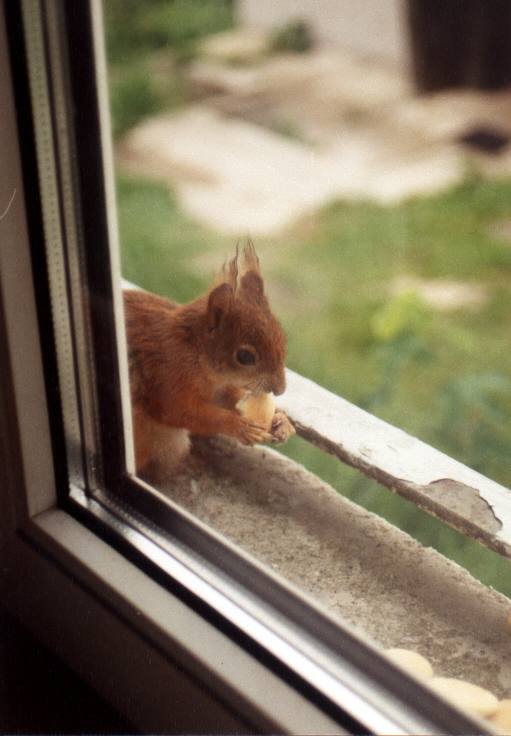