Michigan-born musician Bill Haley (1925-1981) formed his band "The Comets" in 1952, and they helped launch the rock 'n' roll era with their 1954 recording of Rock Around the Clock. On 2005 July 5, "The Comets" performed at the Jet Propulsion Laboratory in celebration of the successful Deep Impact mission. 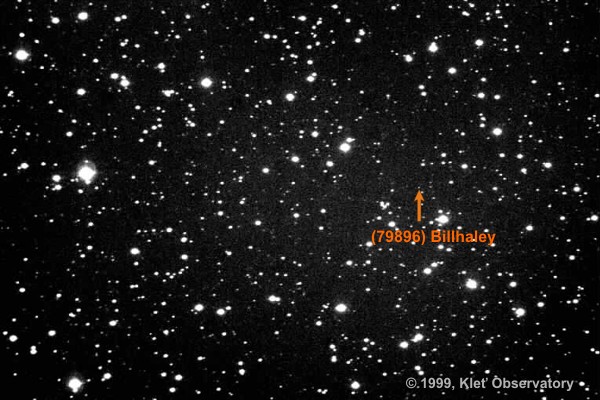 Image of minor planet (79896)Billhaley was taken on 1999 January 22 with 0.57-m f/5.2 reflector + CCD camera SBIG ST-8 of the Klet' Observatory and is 120 seconds exposure. The field of view is 16 to 10 arcminutes with north to the top and west to the right. Minor planet is arrowed. Observers Jana Ticha and Milos Tichy.