American composer George Gershwin (1898-1937) was also an accomplished pianist. In his compositions the techniques and forms of art music are blended in varying degrees with the stylistic nuances and techniques of popular music and jazz. The name was suggested by J. Tichá and M. Tichý. 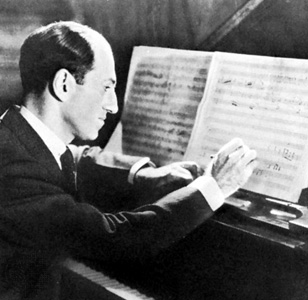