Tugendhat House is one of the most magnificent pieces of modern architecture in the Czech Republic. It was built by Mies van der Rohe in Brno in 1930 as a family villa of great elegance, following the idea of freely floating space. The name was suggested by J. Tichá. 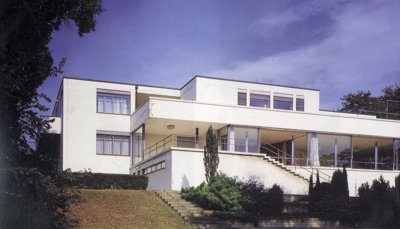