Named for British Secret Service agent James Bond (007), the creation of novelist Ian Fleming, a former British naval intelligence officer. Between 1952 and 1964, Fleming churned out twelve novels and two collections of short stories. Eighteen movies were based on the Bond legend, including Dr. No, Goldeneye and Tomorrow Never Dies, all with the compelling ingredients of action, seduction, humor and high technology. Two of the best-known Bond players are Sean Connery and Pierce Brosnan. Name suggested by J. Tichá, M. Tichý and Z. Moravec. 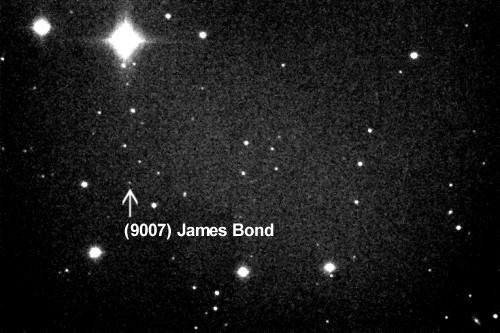