Named in memory of Jaroslav Foglar (1907-1999), Czech writer of adventure and educational literature for young boys and prominent in scouting organization. His well-known books are Boys from the Beaver River, The Mystery of Conundrum, and especially, Rapid Arrows ("Rychlé šipy"). 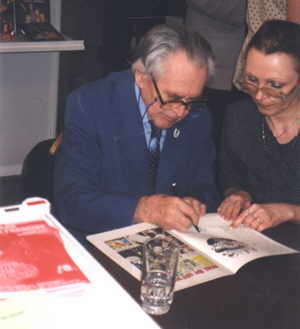